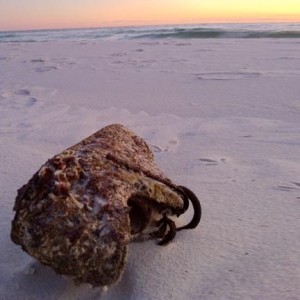 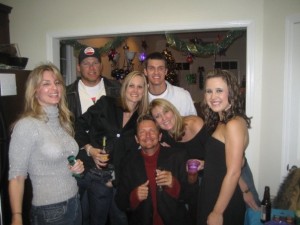 Lost Sole #400 is dedicated in memory of Bob Quarles, center of photo. I had been looking forward to hitting 400, but not this way. Just another way Bob does it bigger. This Lost Sole was sent to me by a friend of a friend, Andrew Cruse, who discovered it the day after Bob took his life. It was sent to me via email and thought it was a perfect shoe to be associated with Bob. It is covered in barnacles and sitting on a beach after have been washed ashore from an epic journey in the gulf. I plan on going to Panama City very soon in hopes to find this shoe and take my own photo of it. However I think this image will suffice in the meantime. This one's for you Bob!

It is with a heavy heart that I write this tribute, not so much for Bob who is now in a better place, but for his kids Ben and Ashley for whom I know first hand Bob loved and cherished very deeply.

I thought hard about what to name this entry. I thought about farewell or goodbye, but those seemed too final. As I know Bob will never be gone from my thoughts as long as I live. And I know he will not leave the minds and hearts of his family and many friends. And when considering Bob took his own life I think of him still as victim. A victim of life’s cruelty. Hundreds of people knew Bob as a larger-than-life character with the ability to take life’s hurdles head on with a smile. He never had an unkind word to say about anything. He was not a half empty type of guy, he was not even a half full type of guy, to him the glass was always full or over flowing! He did everything from an epic point of view.

So that is why I call him a victim. There is no way he could have done such a tragic act without being severely tortured by what life was throwing at him. I know he had recently fallen ill and the diagnosis of that illness had been eluding the medical experts. I don’t know much more than that, nor do I need to, but I am sure that had to be a major factor in his decision. Maybe the drugs that were being administered clouded his judgement as well. It all seems so unfathomable to me.

Last time I saw Bob he was in Baptist Hospital here in Pensacola. Eric, a good friend of Bob as well, and I had just learned that Bob was there and not doing real well. It shocked us. How could Bob be on the verge of death. Bob, who is so over-abundantly full of life? We went to see him as soon as we could fearing the worst. To see Bob as frail and weak was not going to be easy. We were pleasantly surprised when we opened the door to discover Bob was fresh from the shower and dressed. He looked almost exactly like the Bob we knew. We visited with him for a bit and joked for little while as he was getting ready to drive to North Carolina to see some specialists up there. We bid him goodbye and looked forward to seeing him when he got back, never thinking we may never speak to him again :(

I have many stories regarding Bob and his exploits, but the image that will stay will me is of Bob sitting in his backyard by his fire pit with a glass of wine in one hand and a cigar in another, totally content with the world as he stared at an epic star-filled sky, thinking of another poetic status update for Facebook. As much as I made fun of those updates, I will miss them. I can hardly believe that Bob Quarles is gone. The world has lost a good soul who made many a person’s day brighter by just being in it. We will all truly miss you Bob, and will never forget you.