Day trip to the Little Grand Canyon in the Southwest . . . of Georgia 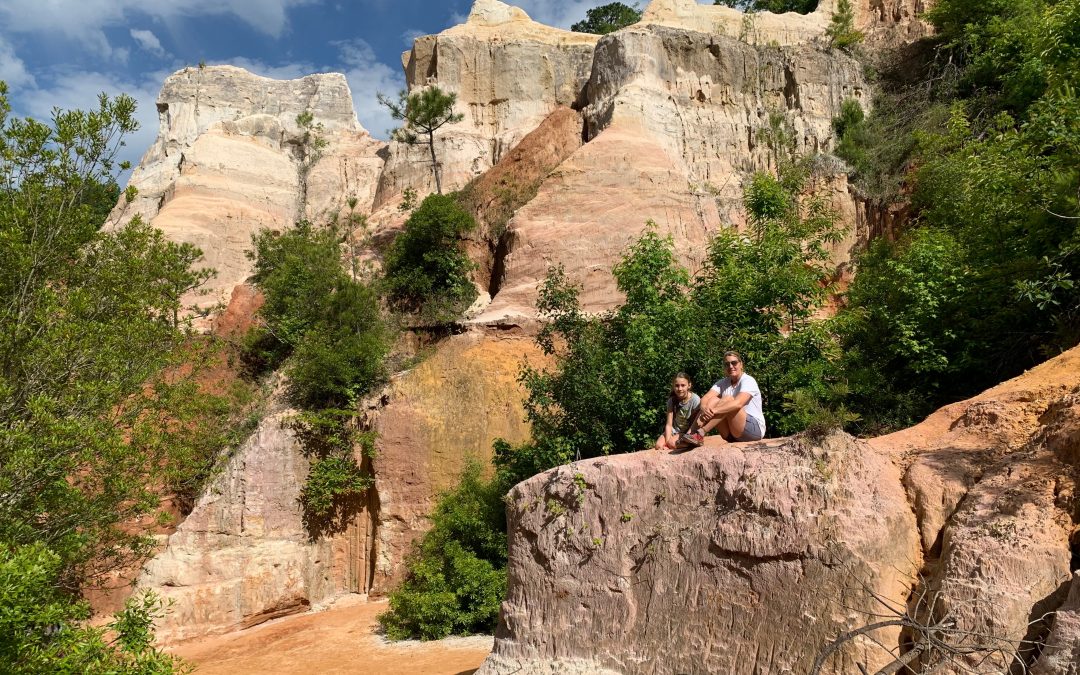 Once the stay-at-home order was lifted in Florida and Georgia, I weighed the potential risks of venturing outside my front door and becoming instantly infected by the Covid-19 virus and decided, that if I bathed in sanitizer, wore a mask, large sunglasses and stayed at least 20 feet from any human it was worth the drive away from the safety of our house.

Okay, that was all made up except for the part about the orders being lifted in Georgia. Those being lifted allowed campgrounds and state parks to be opened up giving us the freedom to satisfy our growing wanderlust. And it just so happened that Sharon had shared with me a post she saw on Facebook about the very little-known, but awesome, Providence Canyon in Georgia that was less than a 4 hour drive from us. It is one of the “Seven Wonders of Georgia.” That was all the inspiration we needed. Within a few days after seeing that post we had the Ark packed and ready to head out.

We drove to the campground in Eufaula, Alabama arriving around sunset. The pond next to the campground was surrounded by a fence around it because there were several large resident alligators. When we drove by one of them was lounging out the shore of the pond. On the drive we drove along the inlets of Lake Eufaula, which I had never heard of, but is a very large lake and a popular destination with boaters and outdoor enthusiasts. Worth coming back to the area just for it.

We heard that the Providence Canyon State Park fills up quickly and officials close the gates to entry when it does. Additionally we learned that they had closed the gate at 10:00 am that morning. We planned on getting there when it opened at 8:00 so we would have no issues. But there was a tiny issue that I didn’t realize, while the Park was only 30 minutes away, it was in Georgia, which meant a different time zone. That put us an hour later than we wanted when we got there. It was now 9:30, but fortunately for us, the park was not full yet.

Seems we picked a perfect day to visit the canyon. The morning was still somewhat cool and the skies were bright blue from low humidity. We found a shaded spot for the Ark and geared up for the hike. The view from the trail around the canyon rim was incredible. The red and orange colors of the canyon juxtaposed against the vibrant green trees with a backdrop of blue skies made for gorgeous scenery, almost surreal, especially since we were in Southwest Georgia and not in Arizona. And what was even more amazing is how this was all formed by erosion due to irresponsible farming practices.

After a pretty long downhill trail we came to the entrance to the canyon. There were 7 different canyon trails, each leading to a dead end usually consisting of a canyon wall to climb up for a view, or several. It was this several walls that made my legs sore for a few days. According to my Apple health I climbed 379 floors that day! They probably would have been more sore had 2 of the canyon trails not been closed due to collapsing ridge lines.

While there were people out on the trails exploring the canyon, we were able to have space to enjoy the outdoors. Nora became obsessed with picking up chunks of clay along the trails until she had enough to mold a cup from them. I will say, there was so really cool clay to be found, and some was even purple.

We hiked and climbed for about 2 hours until we got hungry for lunch. In order to find a quiet spot to have lunch headed out on the longer back country trail for a bit where it didn’t seem many wanted to take on. Before this trail we hit a few wet areas, after all, this is a trail set along the floor of a canyon formed by water runoff.But none of those areas were threat to get Nora’s feet wet since she was the one that didn’t have waterproof hiking shoes on. This back country trail was literally a shallow creek for the first mile or so. Sandy and not muddy, so as long as water didn’t get over the top of our shoes our feet stayed dry. I carried Nora a lot of the trail until we found the perfect spot for lunch.

We picked, for a lack of a better term, high ground. This meant it was a sand bar a few inches higher than the creek so it was dry. Perched up on found logs we pulled out our MREs. If you have never had the fun of having Meals Ready to Eat while hiking you really need to. We had not eaten MREs since Hurricane Ivan when the Red Cross was passing them out to the many homeless residents trying to salvage what little remained of their belongings in their ravaged homes.

I find the best part of MREs is that they come with heater packs that cook your food with just a little water added to them. Sharon had spaghetti with meatballs, Nora had vegetarian taco pasta and I had chosen the chili with beans. They also come with treats such as Skittles or M&Ms. Nora got orange drink mix and Sharon got fruit punch. I was blessed with cappuccino, of course!

We hiked back up the trail to the rim, got into the Ark and headed home. After a nice drive, we were home by 5:00pm. It was a very short trip, but went a long way to recharge our batteries. Our next Arkventure will most likely be to the Alabama Gold Camp to pan the streams for gold. Take a look through our gallery of images from this trip, and hopefully it will inspire you to get out and enjoy this planet again! 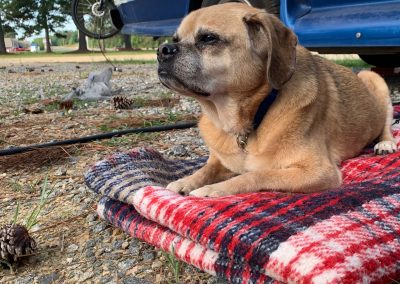 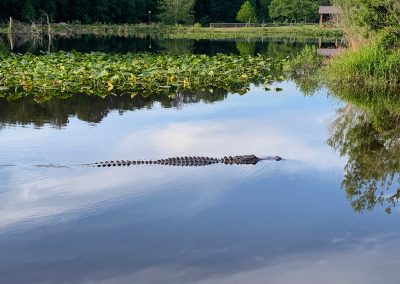 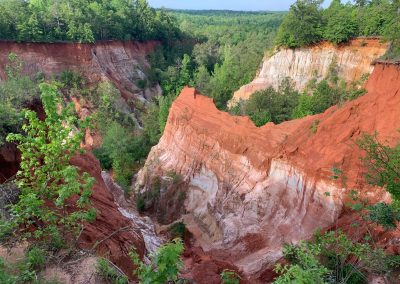 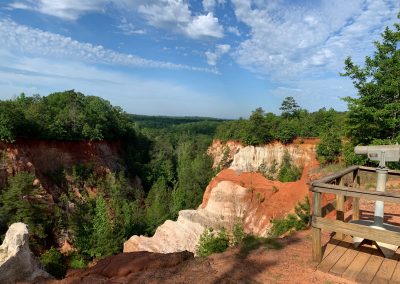 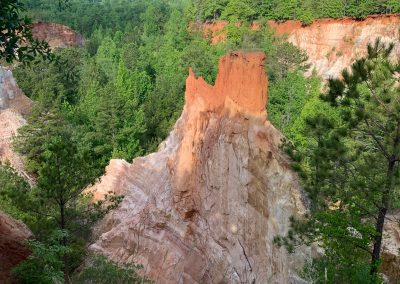 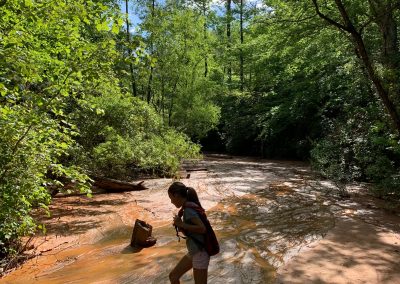 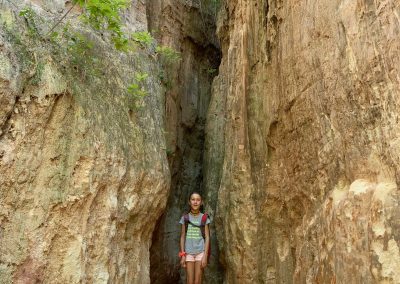 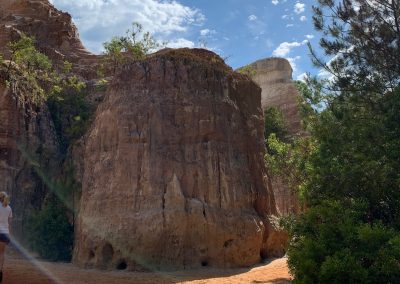 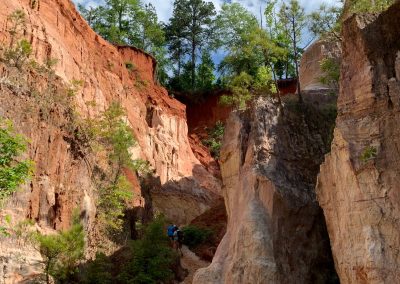 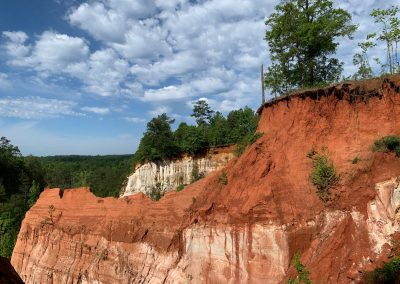 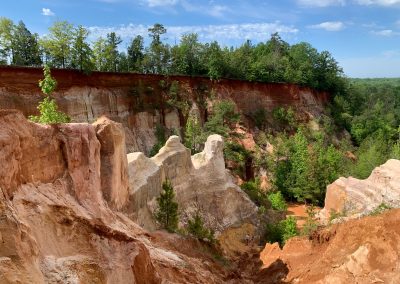 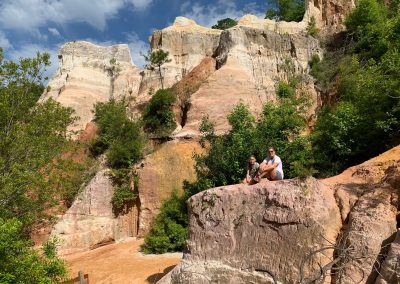 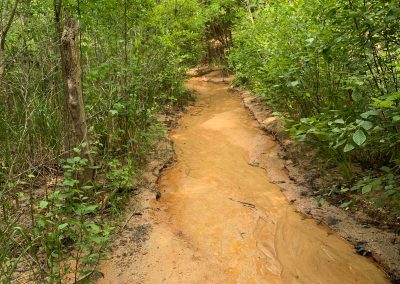 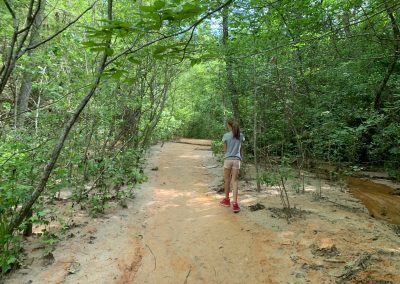 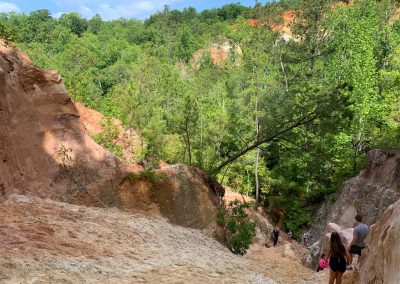 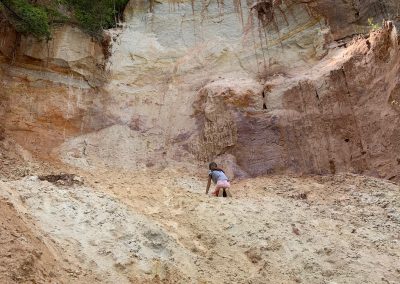 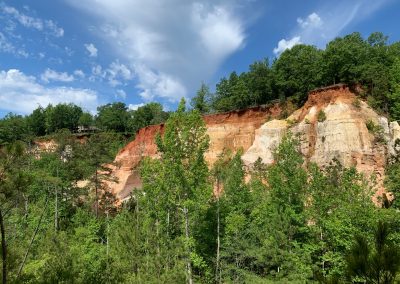 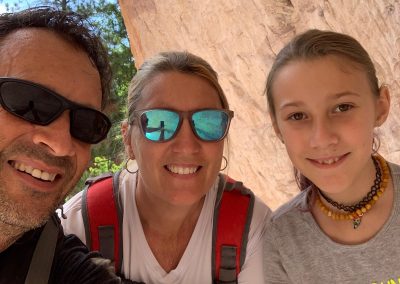 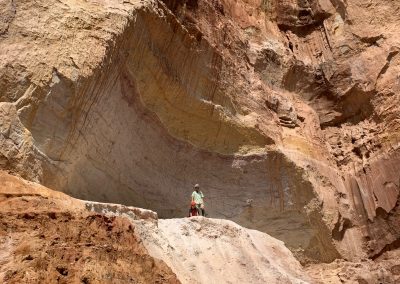 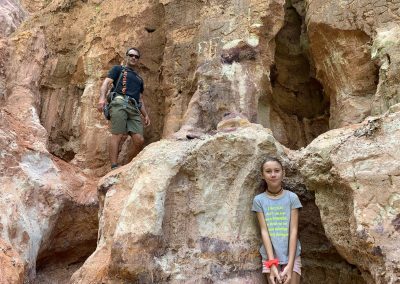