Adventure during the Pandemic: Lost Soles on the Rail 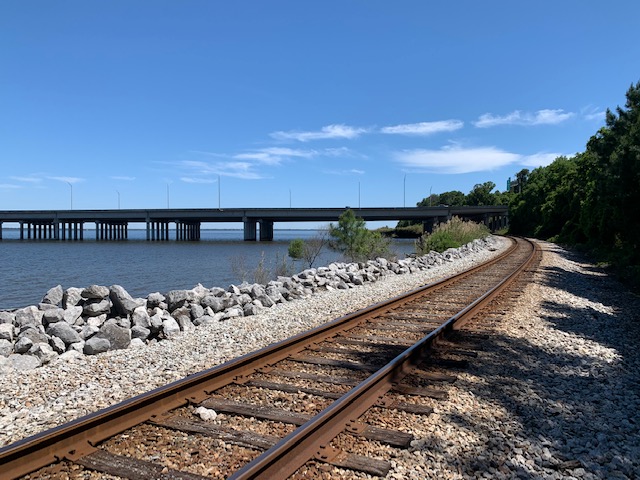 So being stuck in one place is something I don’t deal well with. I crave adventure. And I have always been resourceful on finding adventure in places no one else would. Usually finances is my main limiter in adventure but this time it is a global pandemic. The Chinese Coronavirus has the U.S. in lockdown. Some affectionately call it the Kung Flu. Fortunately our local govt. has had the wisdom not to try and force us to stay in our homes. We are free to roam for exercise purposes. So I looked around on Google maps and found something I wanted to do.

For a while now I have thought about this mini-adventure. It is a 4-mile hike starting at the Scenic Bluffs park to my house in downtown Pensacola. It involves walking the railroad tracks that traverse along the Pensacola Bay coastline with no crossings for most of the walk. The Scenic Bluffs park was at one time a hidden gem, but since this pandemic hit and the Florida’s governor forced all state parks to close, it is causing people to find other places to get outside. And the word is now out on this park. It has about a mile or so of boardwalks and stairs, along with a mile or so of trails that wind past large red clay bluffs. The real attraction is the narrow stretch of beach along the Pensacola Bay since all the other Gulf and Bay beaches are temporarily closed.

The tracks are bordered by high bluffs covered with thick vegetation to one side and the expanse of the Pensacola Bay to the other, you feel somewhere remote from civilization when walking here. There are no crossings for the first 3 miles and is very peaceful. The walk in total took about 90 minutes. I listened to my Adventure Podcast which lasted the entire 90 minutes. n the end, nothing exciting happened. It was a very relaxing and enjoyable walk but I got to cover new ground, which made it feel like I was somewhere other than just a few miles from home.

As a bonus I found and photographed several Lost Soles, and let me tell you, they were very weathered old Soles.

During the trip I had wished I had started further north on the tracks at the base of the I-10 bridge where the train also comes across the bay on a bridge. This would allow me to traverse the entire Scenic Highway section of the railroad tracks. This would be another 4 miles.

This time I parked my car at the Bluffs Park and had Sharon shuttle to me to the start of this leg of my route. Again, nothing eventful happened to write about. Other than walking passed a few back yards of homes, it was fairly the same scenery as the first leg I completed. However the tracks did veer away from the shoreline for a bit carving through a thick forest of trees for a mile or so.

I did a side stop at Chimney Park, the only remnant of an old sawmill that was destroyed by a retreating Confederate army in 1862. Once back to walking I got to my destination of Bay Bluffs Park. Instead of following the tracks to the boardwalk and stairs that lead to the parking lot I opted to take a trail that winds up and over the sandstone bluffs. This area is tough as the steep hills are nothing but soft sand, but the reward is worth it as the red and orange sandstone formations remind me of somewhere in Arizona. Definitely unlike anything I have seen anywhere else in Florida.

Like I had said from the outset, this adventure was nothing too exciting, just wanted to explore something new. To feel like I was not trapped. I cannot recommend this hike to others as I found out that I was in fact trespassing on CSX property. But not sure who would even say anything. Just wanted to point it out for anyone wanting to follow in my footsteps. 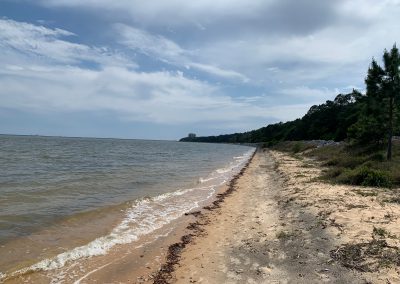 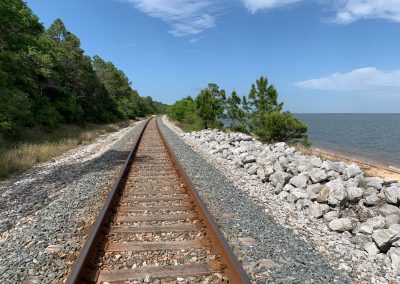 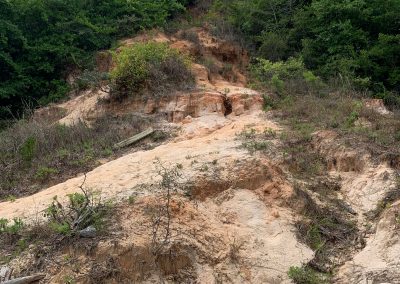 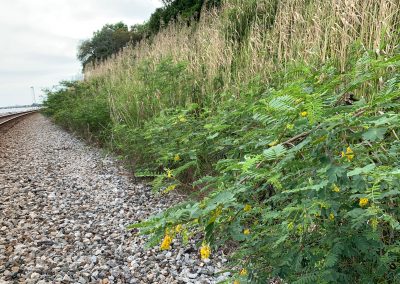 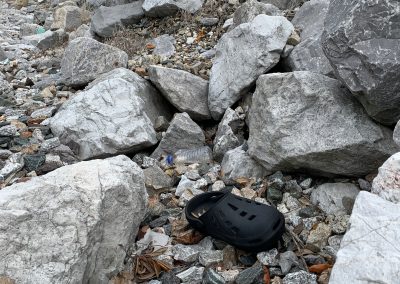 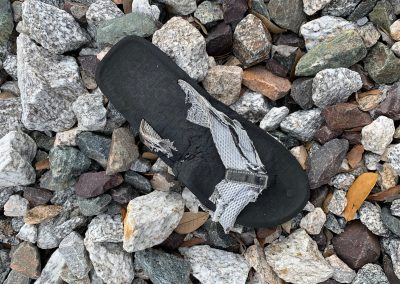 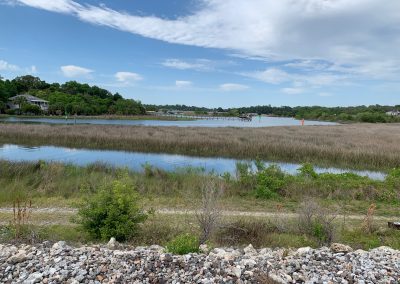 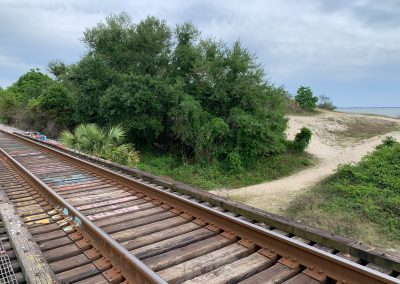 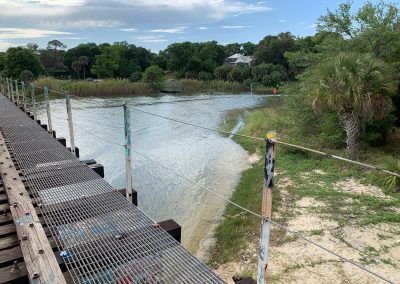 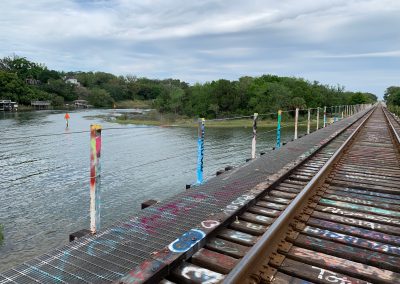 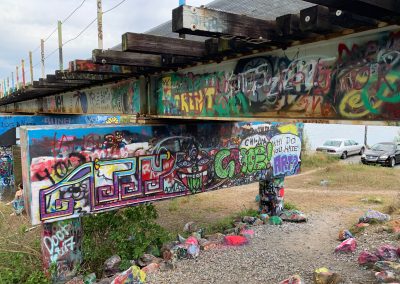 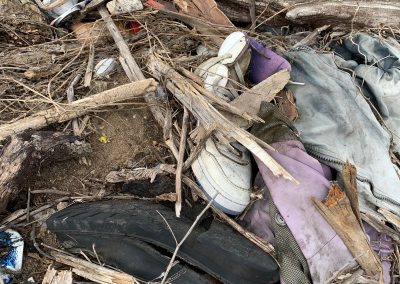 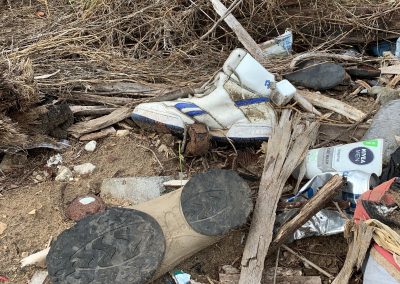 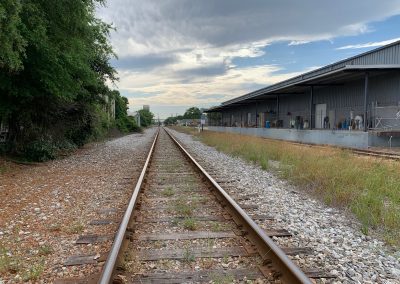 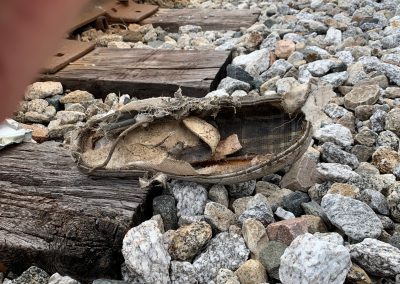 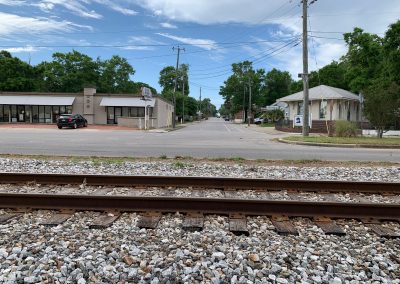 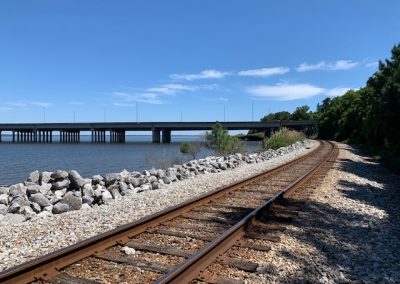 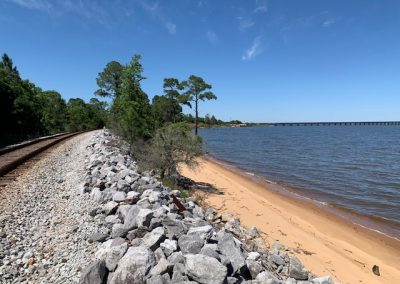 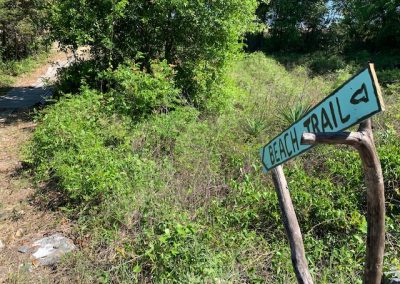 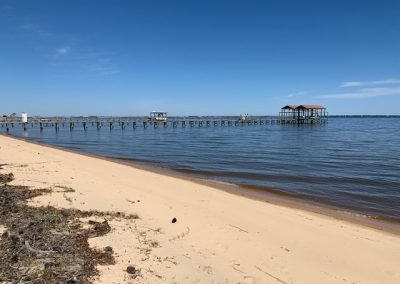 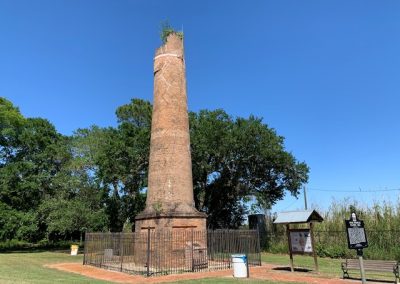 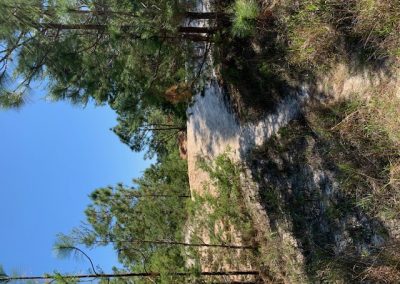 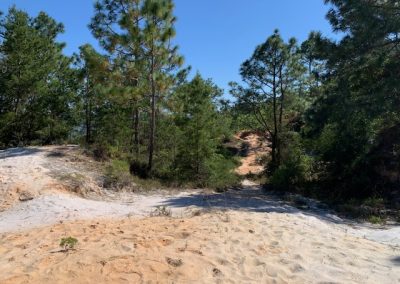 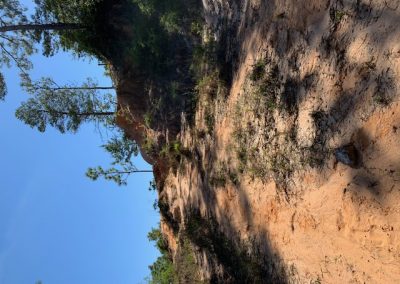 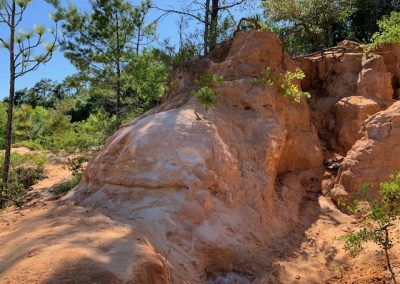 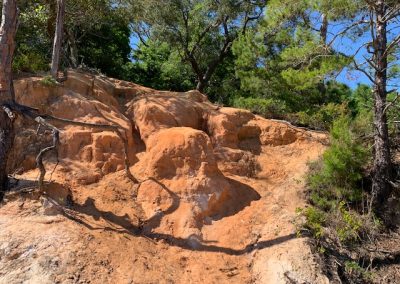 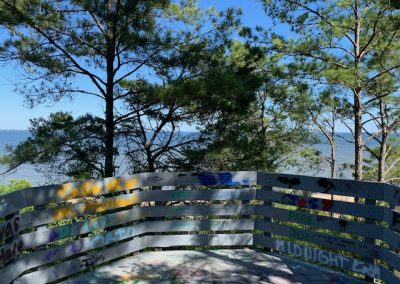