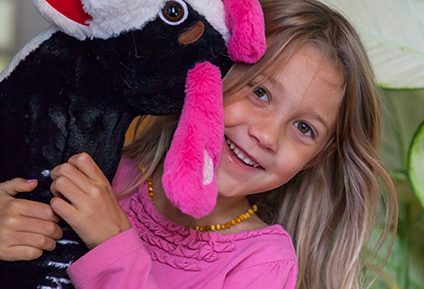 I really feel bad I have not been doing a better job documenting Nora’s life. Not because I think she is so incredible or special, which she is, that the world wants to know what she has been doing. But rather for me, Sharon and especially her, to someday be able to look back and read about how she was at certain ages.

Well I’ll start with the “not everything has been roses part” first. Nora is highly affected by the full moon in a bad way. It messes with her sleep pattern causing her to stay up really late, and when she does fall asleep she tosses and turns like a caterpillar trying to free itself from its cocoon. She wakes up frequently. Sometimes I feel like she can sense exactly the moment I fall back to sleep and then decides to yell out “Da Da”. Like some sort of sleep torture that would be employed by the CIA to break a spy during interrogation.

One time she woke up and had a melt down. She seemed to be possessed. She started with being mad at Sharon for not sleeping with her all night. She was convinced Sharon promised that earlier. And was mad at me because I was unable to sync up a time with Skippy’s girls for a Facetime call that night before. I guess I too broke a promise. She repeatedly said “you broke you promises!”. And we also got the “you don’t love me, you just fake it!” She got herself into such a frenzy that at one point all she could do was scream out. I kept thinking to myself “where is my sweet little girl?” And “is this a preview of teenage years to come?”

I tried not to get mad and have patience to let her just work it out, but that did not work. I tried to be sympathetic and told hr I understand and I just tried to hold her. “Why are you hugging me!!” she yelled. “Don’t touch me!!” she also yelled out.

Finally when she said she was getting up and going to the living room I had to get firm with her. She then seem to snap out of it and looked at me differently. She then, in a very gentle sad voice said “will you just hold me?” And I laid with her and she fell fast asleep.

I think I will never forget that night.

We have since figured out some natural remedies for getting her to bed early on full moon nights in order to avoid the ugliness. Because other than full moon nights, she is as sweet as it gets.

Last night Nora wanted to sit out in the bar with me. Being Valentine’s Day, Sharon and I had made a lobster dinner together and sat out at our bar (the bar is a story in itself I need to write down) by ourselves as if we were out on a date. Complete with candles, flowers, drinks and a movie. It was a good Valentine’s date.

Afterward Sharon had to go check on a few client’s pets so it was just Nora and I now. I was just starting an one hour episode of “Expedition Unknown” and she wanted to watch it with me. It was all about the searching for the lost treasures of the legendary Russian Amber Room that were stolen by the Nazis in World War II and never were found again.

This really intrigued Nora. She just sat on my lab snuggling with me through the entire show. Asking questions along the way and even offering insight and theories. She asked “can search the ruins in Mexico for treasures?” This is because we have a cruise to Mexico coming up in a week that she is very excited about. And one of the things we are going to do is visit the Mayan ruins of Tulum.

Time almost sat still for me during that show. While watching the show, Nora turned and looked at me and actually said “you are the best daddy ever.” You talk about having your heart melt! It was a moment I never want to forget. It was our own small Valentine’s, daddy – daughter date. We have so many bonding moments but that one just felt special, like we just sparked something in her that she wants to do, and she wants to do with me. I love to explore and discover new things and places passionately, and can only hope it passes to it and becomes something special her and I share.

Speaking of Valentine’s day, it is a holiday Nora loves. She loves to make Valentine’s for her friends and us. A couple days before she had sat in the living room cutting out hearts and addressing them to her friends. She was very adamant about going to the post office the next day to mail them off. It was really sweet.

The Valentine card we gave Sharon, whom Nora affectionately calls “Pitty Poo-Poo” or “Pitty” for short, was picked out by Nora. It had velvet accents on the envelope and large costume jewels adhered to the card. And for me, her and Sharon picked out a silly puppy card. Nora got a flower, a kitten card, and a large stuffed dachshund dog, who she named Valentine. And Nora told us Valentine will be going on the cruise with us because she loves ships and Mexico.

She is just growing up so quickly it seems. She talks and reasons like an adult anymore and kinda freaks me out. For instance, she asked if we could do Indian for dinner, but we were already headed to a mexican restaurant we told her. “So where is this Mexican restaurant?” she asked as if she knew all the different ones and wanted to make sure we were going to one she liked. And when we told her, she answered “okay, that one has good food.”

She has been helping Sharon with the pet sitting business. She is so good with animals. She even walks a few of them with Sharon. She is fond of some more than others.

As I am writing this Nora just came in, hair a mess, in her night shirt and panties, with those spindly long legs hanging out, and with dog Valentine under her arm. And with a slightly serious look on her face she said this…

“Remember when we visited Trish over the summer and Pitty got her hair cut with Beth at her salon? Beth gave me a bunch of rocks and minerals in a bag that her kids gave her to give to me, where is that bag? I cannot find it anywhere. Did we ever get it out of the Ark? I want to see if there is any amber in it?” I replied “Ill have to check, but can I finish what I am doing first?” And I got the now infamous “Shore”, which is “sure” with a slight nice attitude to it.

She cracks me up.

My time has run out for writing today, hopefully I can do some while we are on the cruise ship. I am sure I will have stuff to write about.