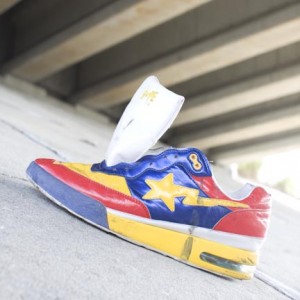 Lost Sole #346 is dedicated to Phil Harris, found in Port Charlotte, FL the day he passed. He had a colorful personality, which makes this shoe somewhat fitting, although he was not flashy, just honest and real.

Yesterday Phil Harris, the captain of the Cornelia Marie and one of the stars of the hit show Deadliest Catch passed away.

Article copied from CNN online
(CNN) — Capt. Phil Harris of the Discovery Channel show “The Deadliest Catch” died Tuesday of complications from a stroke suffered late last month. He was 53.

Harris, the tattooed and gruff captain of the Cornelia Marie, was a fan favorite in the reality show about crab fishing off Alaska.
“Discovery mourns the loss of dear friend and colleague Captain Phil Harris. He was more than someone on our television screen. Phil was a devoted father and loyal friend to all who knew him,” a statement from the network said. “We will miss his straightforward honesty, wicked sense of humor and enormous heart.”

“It is with great sadness that we say goodbye to our dad — Captain Phil Harris,” said a statement from his sons, Jake and Josh Harris. “Dad has always been a fighter and continued to be until the end.”

I will miss him on the show. I watch it religiously and find it quite fascinating. I worried about him as his health had declined over the past year or so on the show, even leaving the ship one time to get medical attention for blood clots. He didn’t seem like he was going to be around much longer, and sadly he wasn’t. 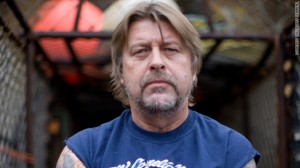 His boys are still young but toughened already. I am sure they will grieve inside for some time and will never forget their pop. However I see them growing up fast from this and taking on the responsibility of running the ship that has been thrust on them with a head-on determination.

Good bye Phil, you will be missed by millions I believe. Your legacy will live on for generations.