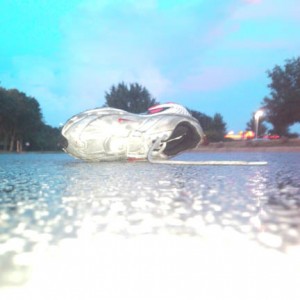 One of my best friends here in Florida for several years has been my volleyball party Jeff, aka The Angry Catfish, but has been shortened to just Catfish. I think there are even some that play out there that do not even know his real name :)

Just a day before this post I learned of the passing of his grandfather, and appropriately went by a nickname to Jeff of Paw Paw. It was on Facebook that I saw the news. I responded and jeff followed up with asking me if I had a lost sole to dedicate to him. I had just photographed one, which just so happened to be on the day his Paw Paw had passed.

So I hereby dedicate Lost Sole #306 to Michael O’Shaughnessy, may he rest in peace surrounded by friends and family.