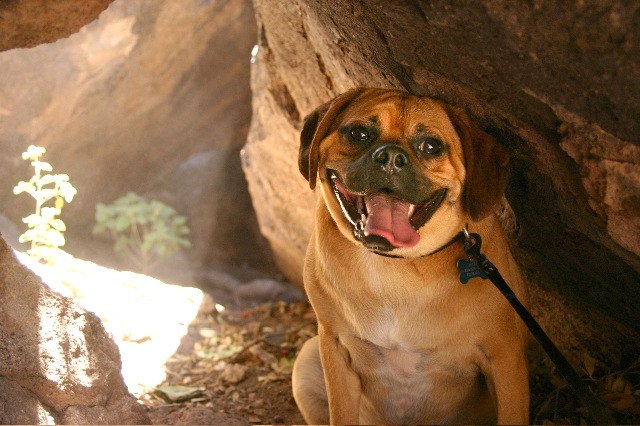 Driving from San Antonio we seemed to be passing into another world, the desert. Upon pulling into the tiny west Texas town of Balmorhea we were taken back a bit. It seemed like a nice place, small town feel but a little on the impoverished side. Lots of rusting vehicles and farm equipment. Houses that were kinda run down. The wind was roaring! I tried many times to secure the satellite to no avail, the wind won the battle. I was going to try again when I noticed that the park had free cable TV. It seemed oh so dry, no grass in site. We started to become a little unsure where we ended up, the puggles are not fond of pottying on rocks and dirt. The destination here was the Balmorhea State Park.

The state park was nice. Small but very nice. It is known as the Oasis in the Desert. This is because there is a huge spring that 22 MILLION gallons of water flow up from underground in the park. The spring was AMAZING! They walled it in so it is essentially now a fresh water pool, complete with big rocks, algae and fish. The water was a deep blue and turquoise. I compare it to being a fresh water reef. But it was too cold to venture into the waters the first day.

We went out for a hike the following day to Davis Mountains State Park, further up in elevation so the air temps were a perfect 80º. The trail we chose went from the State Park over the mountain and down into the National Historical Site, Fort Davis. It was a rough 5.5 miles. It went up and down rough over rough volcanic rock. It did get hot in the sunshine and there was little to no shade, but we stumbled upon a tiny cave formed by boulders and took refuge to cool the dogs off before continuing up the mountain. Eventually we made it but not before I had to carry Jinjer for the last half mile or so because the lava rock had made her paws hurt, she could barely walk on them. Jack’s were hurting him and we could tell but he was a trooper and trotted quickly back to the jeep, as if he just wanted to be done as quick as possible :) On the way back we hit a nice bar and grill in Fort Davis, too bad we did not have time to hit the Vineyard in Marfa 21 miles further south.

After getting back we decided to hit the pool/spring. We had a nice woman lend her snorkel gear to us and it would not have been the same without it. It was breathtaking to get ina nd snorkel the blue waters which ranged from 3’ to 25’ and crystal clear! We saw tons of silver small fish, some catfish and turtles. Even a duck that swam underwater for us. It was an experience we will never forget and highly recommend it as a stop for anyone traveling west through Texas on I-10.