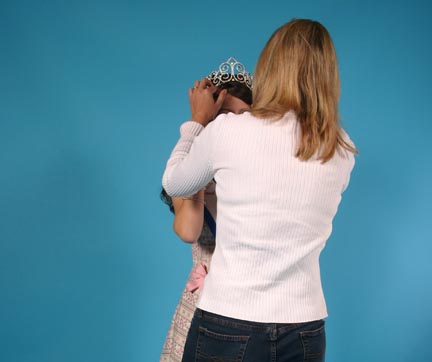 On the trip from Hudson we passed 4 shoes on the road, one being a glittery high heel. Upon pulling up to our site (Thousand Trails, Orlando) they assigned us we nixed it pretty quick and played musical sites for a bit until finally settling into a site which later we found out was sewer free :( Sometimes you just cannot win. Good thing we have our sewer caddy. We had one neighbor that was near us. They were a really great couple, in the mid 50s, so pretty young as RVers go. They really took a liking to Jack and Jinjer, she would eventually become known as Aunt Margaret :) They invited us over for thanksgiving but unfortunately we had to shoot photos at the pageant that day. We were able to sit with them for a bit the next day and eat leftovers. She made a tasty casserole that Jack and Jinny also got to get a bit of. We would like to thank them for their hospitality and wish them safe travels and hope we can meet again. And now to the opposite end of the personality spectrum. While walking out dogs around the park Sharon and I wondered through the long term section. We had previously met a couple with a beagle in Virginia and we knew they stayed in the long term at Thousand trails so we set out to find them. Well we found their site and checked to see if they were there, meanwhile our dogs walk onto the guy next doors lawn. And I guess that was holy grass or something because he had the nerve to come out and stare at me and watch us walk by. I asked “Can I help you with something?” he turned saying nothing and went back into his coach. I had a few more things to say about his “precious grass” and stood staring back at his coach, hoping he would have the guts to come back out. I am amazed at the audacity of some old people at the parks. I guess that is all he has left to live for in his life. I suppose when he gets in front of God someday, that his immaculate patch of grass will be his key to heaven. Oh well, his grumpy old ass will be off this earth soon enough. Never stops to stun me how some people actually think they own parts of this earth just because a piece of paper says they do. Not much has really happened that week to write about. We worked the pageant every day, all day. Things went smooth except for the last photoshoot in which an old bitchy woman who runs the pageant stood in on the shoot and barked orders at me as I tried to get the girls posed and such. I just about walked out. She is just half of the sister team that runs the pageants, and she is supposed to be the nice one :) The other one is a real piece of work! We did however in between working visit the Winter Garden dog park, met another Puggle there and they played together as puggles do. We also ate that evening at the Big River Brewing company at Disney’s Boardwalk. The food was average, small menu choices. The beer selection was only 5 brews. The red ale was not to my liking, but the Brown Ale was quite good. We look forward to going back to the Boardwalk as it looked like a cool place to wander around. Did manage to add 3 shoes to the diary. Loaded and off to Punta Gorda/Port Charlotte.