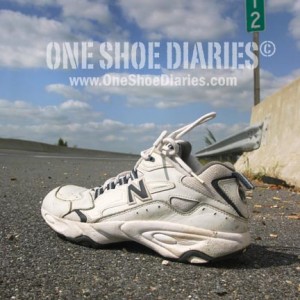 On the road from Deal Island to Baltimore is the small maritime village of St. Michaels. Known for its history and upscale residents it is full of small quant shops and restaurants. It is truly a neat place to go and walk around, kinda like Williamsburg but on a smaller and more intimate scale. We planned on hitting the St. Michael’s Winery first, which should come as no surprise.

The tasting room had a rustic feel to it, very authentic. The wines we tried were the reds, they had a couple of nice wines they were made from Maryland grapes that are transported down the Chesapeake via the skipjack Martha Lewis. Our favorite was the chocolate zin. It takes just like it sounds, somewhat sweet and dry, it is a PERFECT after diner wine. Next stop, the Eastern Shore Brewing Company!

What is better than a winery? A Brewery! But not a closed one! What kind of respectful brewery runs out of beer!! I guess Labor Day drained them and they would not have more beer for a few more days yet. Bummer :(

So the next thing I wanted was some cream of crab soup. We stopped in the C-Street Saloon for a beer and soup. They did have beer but they had stopped serving lunch and dinner did not start for over an hour. Screwed again. So we just resided ourselves to just enjoy a beer in this small pub and chat with the bartender and the two patrons in there with us. They were all characters to say the least. One reminded me of Cliff Claven from “Cheers”, the other was a rather big guy with a hawaiian print shirt and a little “flamboyant”. The real character however was the co-owner. She was around 60 or so, quite large, bright straggly blonde wig, and huge square-rimmed glasses with a purple tint to them. She was a riot, she and her husband met at Ohio State, he is a dentist and she told us how wild dentists are. In her words “When I first met him, he looked and acted more like a trucker.When he told me he was in dental school, I thought he was full of shit!”

We then asked where we could go get a good bowl of cream of crab soup since they were not serving food at the time. “We have the best right here.” She then proceeded to go back to the kitchen and fixed us each a bowl. It was a little darker than usual cream of crab, and right when Sharon just took her first spoonful, we found out why “It is kinda brown because we use bacon grease in it.” Now for those of you that do not know, Sharon is a vegetarian (although she does eat seafood). So the look on her face was priceless. But not deterred by a little pig juice, she proceeded to eat it all. It was fantastic, it really hit the spot. It really made my day. After hearing about the car show coming to town, and the life size Rolls Royce hood ornament they made out of tin foil, we headed out to get on with the rest of the trip up to Baltimore. Good times.